Last weekend, May 12-15, the biggest skating contest of Slovenia and its surrounding area, took place in the town of Nova Gorica for a third time.

Besides the shooting we did at the skate park with all the awesome grafitti, we also had tie to see a part of the contst. Here is all about it!

Weather forecast for the beginning of the week did not look good, even worse looked the weekend, however the organizers decided not to cancel the contest. In fact, there were numerous foreign competitors already on the list. These were among others Ke’Chaud Johnson from Texas, Douwe Macare from The Netherlands, Joan Galceron Montaro from Spain, Tyler Edtmauer from Germany, Maksim Kruglov from Russia, and many competitors from Italy, Croatia, Austria and Bulgaria.

The forecast for Thursday and Friday was correct, so the competitors had to profit from every non-rainy minute for going arround the skate park and preparing for the contest. However, the weather on Saturday and Sunday cheered up the organizers and the competitiors could enjoy sunshine at last.  The mornings were reserved for training sessions and the afternoons for qualifications in the category of sponsored competitors. 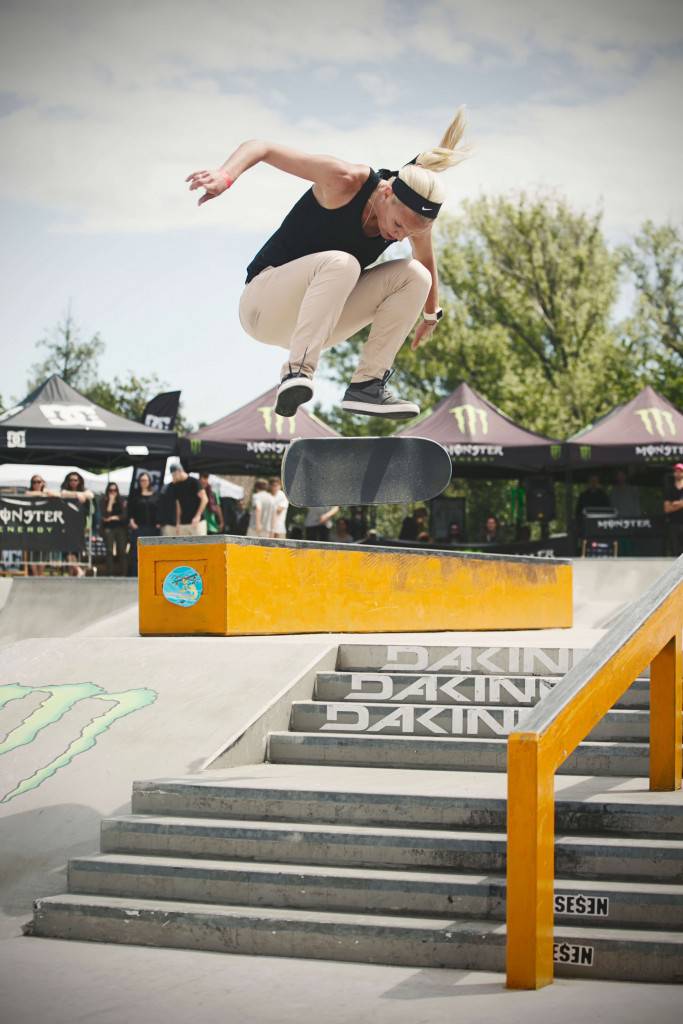 Fifty skaters showed their strong abilities in the qualifications already.

The level was quite high. Unfortunately, only these qualifications were possible due to rainy weather again.

Sunday morning brought again some sunshine but having relaxed a bit the night before in the Mostovna club of Nova Gorica, the competitors started the contest only after 11 a.m.

The skate park soon became full of competitors and the viewers on the grandstands alike. The jury could beginn the second day of the contest. In the finals, in the category of sponsored competitors, there were 14 finalists competing in two rounds for the first place and an award of 2,000 euro. The contest was really exciting, as the qualifications already suggested, and the winner was Russian Maksim Kruglov. As a second was Dutchman Douwe Macare and the third place took Ke’Chaude Johnson from Texas. 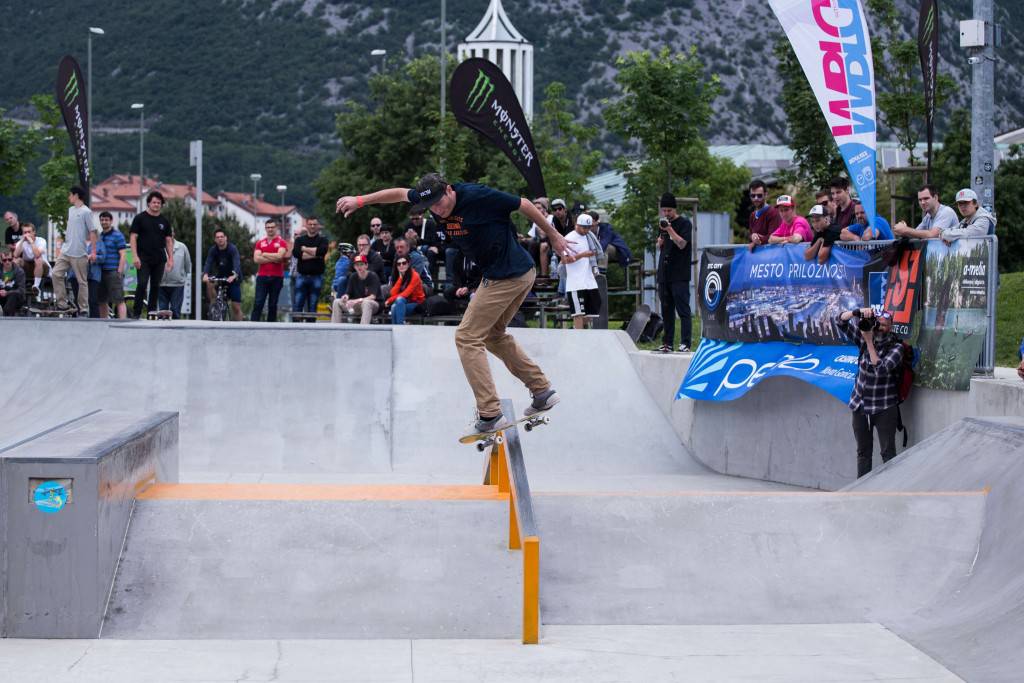 In the category of non-sponsored competitors there were approx. 15 male competitors who, as what they showed,may soon compete with their sponsored counterparts. Again, the winner in this category too, was Bulgarian – Martin Atanasov.

What was new this year at Flowgrind was a female category. There were however only three girls competing , Asia Lanzi from Italy, who took the second place, the first place was taken by Austrian Julia Bruckler, who continued her way from Nova Gorica to X Games. The third place took Slovenian Talja Sušenc. The girls proved they are able to compete on a level showed by male competitors and we are looking forward to see more female competing next year.

To sum up, Flowgrind is intensifying and the organizers this year proved that also Slovenia, and Nova Gorica, can compete with other world-known skate contests. And we hope to see these guys persist on their way and competing on such a level again next year.