Inspired by enchantment and exalted by the artistic crafts cultivated by Chopard in Geneva, six exceptional floral rings feature the legendary opal.

The first three pieces of this capsule collection were unveiled in July 2015 in Paris and Chopard is presenting three new creations during the Paris Haute Couture Week in January 2016.

From the dawn of time, Greek and Roman mythology has represented the opal as a stone considered to have magic powers.

From the Middle Ages to the Second Empire, the opal has suffused history with its fiery radiance and has never ceased to nurture its own myths. Its mobile nature, changing colours and elusive reflections have led the opal to be considered a symbol of wholeness, a sacred manifestation. 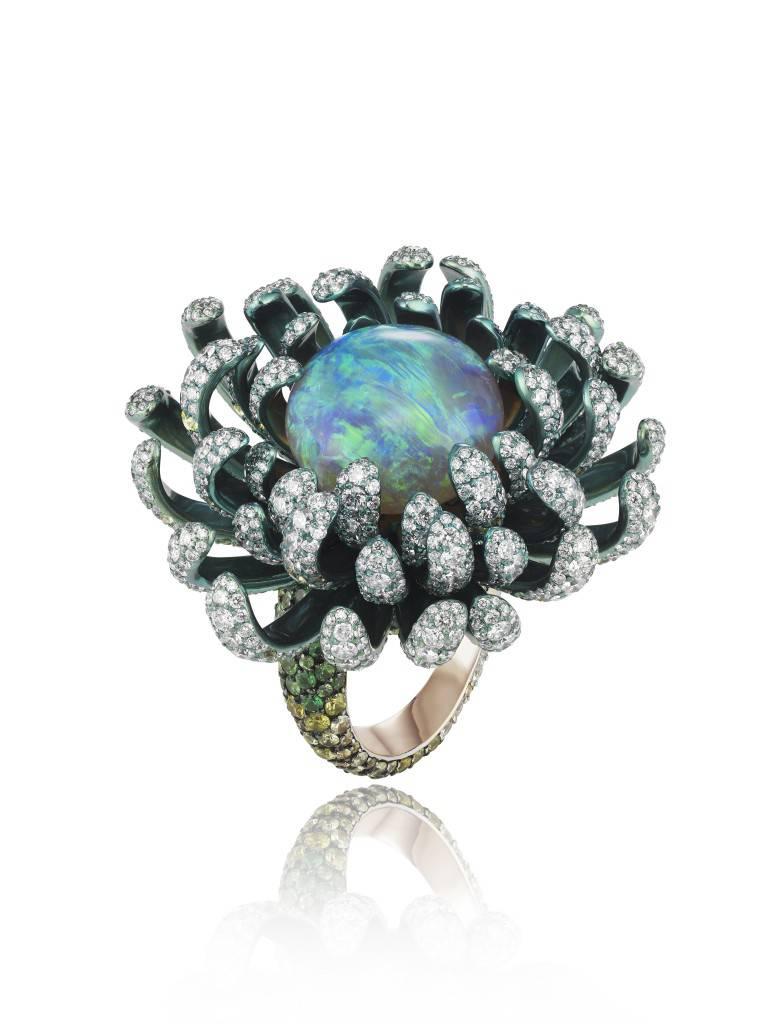 Chopard has masterfully captured the complexity and power of the opal. The Geneva Manufacture has orchestrated an encounter between this stone with its thousand secrets and contemporary creation. A collection of six rings, resembling vibrant talismans, demonstrate all the dreamy romance that jewellery can convey when shape and material create a perfect alchemist’s blend. During the Paris Haute Couture Week, Chopard is raising the curtain for the second act of this collection by revealing the last three creations. 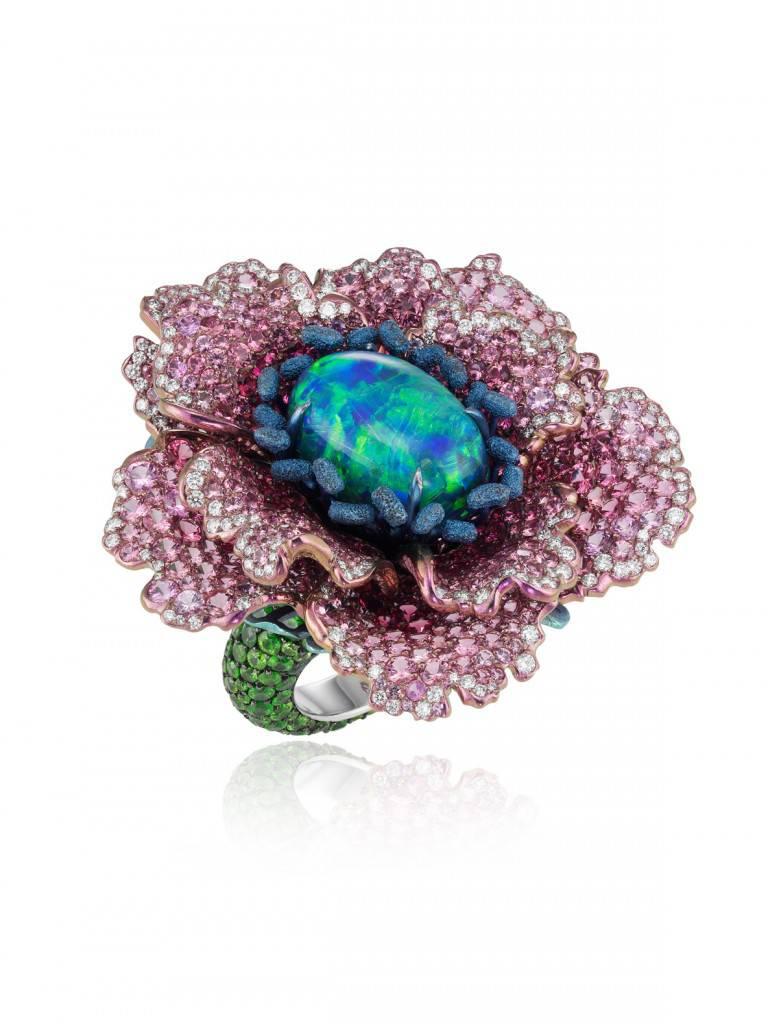 Chopard presents three new rings with a spring overtone. The first highlights a 10.7-carat black opal majestically enthroned in the centre of titanium petals adorned with tsavorites, pink sapphires and demantoid garnets. The second is graced with a 14-carat white opal – a first in the collection – nestling amid diamond-set titanium petals evoking an imaginary flower. The third and last ring of this trio features a 9-carat black opal surrounded by pistils in engraved and brushed blue titanium. The large petals set with diamonds, pink sapphires and spinels, mounted on a ring set with demantoid garnets, instil this opulent flower with a foretaste of Spring.